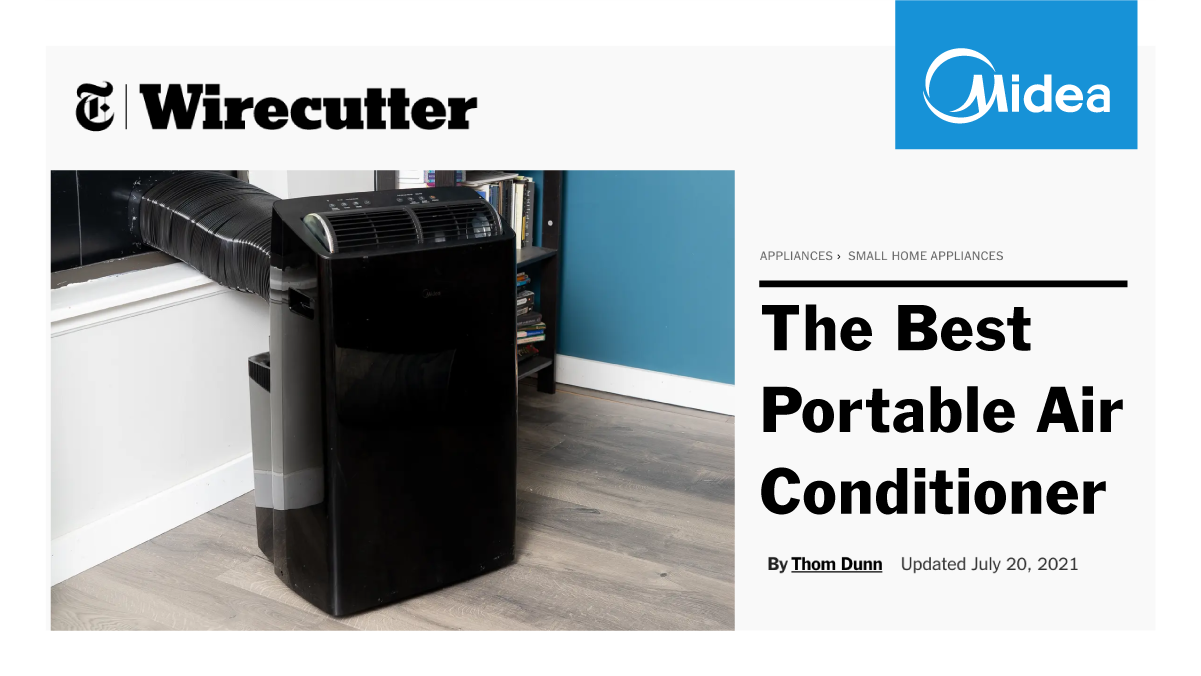 'The perfect air conditioner is one that slides gracefully in and out of your window, cooling you quickly and efficiently with nary a peep, and it’s also consistently available at an affordable price. In other words, it doesn’t exist. But the U-shaped Midea U MAW08V1QWT is the closest thing we’ve found to that ideal. We’ve been researching, testing, and recommending window ACs since 2012, and this Midea model is quieter and more energy-efficient than any other window AC we’ve ever tested—and as a bonus, it lets you keep using your window through the summer. 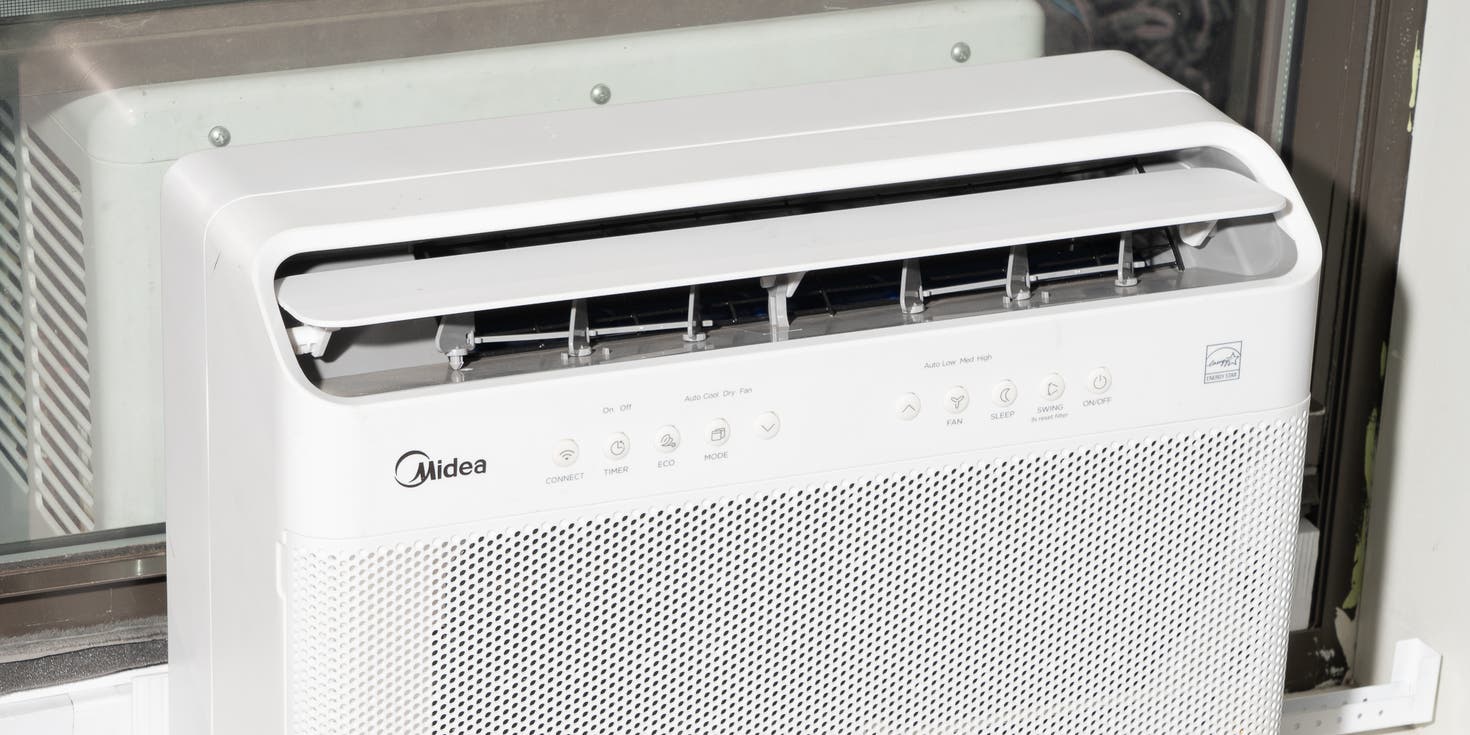 The Midea U MAW08V1QWT is simply the quietest air conditioner we’ve ever tested, but that isn’t the only reason it stands out from the crowd. It also has an inverter compressor, which means it uses almost half as much energy as non-inverter ACs. And unlike traditional air conditioners, which typically lock your whole window in a closed position as long as they’re installed, the Midea U has a unique U-shaped design that allows you to continue opening and closing your window as normal (if you want to get better circulation going, for example). As part of this design, Midea also moves most of the louder hardware to the back of this unit so that it sits outside the window, using the glass as an additional buffer layer to further mute the sound. In addition, it comes with its own bracket—about a $100 value—which locks firmly into the sliding tracks of your hung window. The AC is Energy Star certified and Wi-Fi–enabled, too, with easy and convenient smart-home integration. But there is one catch: the installation process. Though the process is easier than it looks, it’s still more involved than installing your typical AC, and you won’t get much helpful advice by reading any of the four instruction manuals that come with the Midea U.'

'Portable air conditioners aren’t as mobile as their name suggests, and they’re also one of the loudest and least efficient ways to cool a room. But if you don’t have central air, and a window AC isn’t an option, a portable AC is the next best way to beat the heat—and if that’s the case for you, we recommend the Midea Duo MAP12S1TBL. It’s quieter, more powerful, and generally more pleasant to live with than nearly any of the other two dozen portable ACs we’ve tested (and the hundreds more we’ve researched) since 2016.

Most portable ACs are pretty similar, but the Midea Duo MAP12S1TBL delivers better cooling performance than other models while using less energy and making less noise. Rather than running only at max speed or nothing, the Midea’s inverter-powered compressor can operate at a continuously variable speed, so the unit has a lot more flexibility in how it reaches a desired temperature in a wide range of temperature and humidity conditions. In our tests, it was also remarkably effective at distributing the cool air, never leaving more than a 1-degree temperature difference across the room. Unlike the single-hose portables we typically recommend, the Duo has a unique “hose-in-hose” setup where the exhaust and intake are split into two separate conduits contained within a single larger tube, making it even more efficient. It’s one of the quietest portable ACs we’ve ever tested, too, with a volume that consistently measured below normal conversation levels. The Midea offers all of the standard smart-home capabilities, as well, including Amazon Alexa and Google Assistant support, and the smartphone app and the included remote offer even greater options for custom control.'