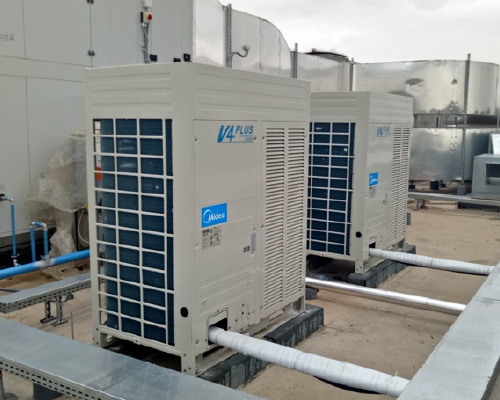 The Oriental Business Park is located in Bab Ezzouar Business District in Algiers, which is the capital city of Algeria. The building area is 68,000 sqm and it is the largest plaza in Algeria. Midea comprehensive VRF solutions were chosen for the office buildings.

In recent years, Midea CAC adhered to the “Belt and Road” initiative and established numerous reference projects worldwide, such as the King Road Tower, which is a landmark in Jeddah, Saudi Arabia; NA ZJEZDZIE Office Building in Poland, as well as government office buildings, such as The Conference Center of African Union; Ministry of Foreign Aff­airs of Chile; Federal Security Service in Russia and Ministry of Foreign Affairs of Tanzania and so on.